The World Is Beginning To Open Back Up

On the March 25th edition of Good Morning NH with Jack Heath, Jack chatted with Jennifer Wakefield from AAA of Northern New England about the world starting to open back up. Recently, the TSA reported that nearly 1.4-million passengers had began to travel again, the most since mid-March of last year. There’s some great deals from AAA that include trips to Greece, Iceland and even Disneyland.

Is Digital Banking The Future Of Banking? Next post 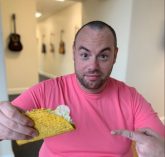 Born, raised and living in the capital city of Concord all of his life, Jason ‘Jay Dawg’ Arsenault has been in radio since January 2001, at the behest of his reading teacher at Concord High School. What started as just producing college and high school games and NASCAR races a couple days a week, it soon became clear that Arsenault had a talented voice to bring on the air. So, along with producing pro and college sports in the mid-2000’s, came newscasts and sportscasts that impressed many to the point of no longer working just two to three days a week, but everyday! From pet shows to sports shows and food shows, Dawg was, and still continues to be in demand as a producer and on-air talent!

Save Money (And Christmas!) With These 9 Restaurant Gift Card Deals