Coach Santos shared his thoughts on the UNH football program and the opening game of the season on Thursday night Sept 1st at Wildcat Stadium in Durham with Mike Pomp on the Morning Information Center.

The UNH Wildcats will take on Monmouth Thursday night at 7. 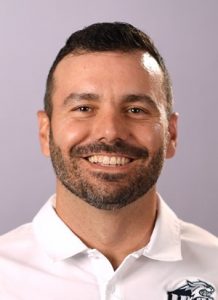 Triple A: Price Of Gas Still On The Decline In Granite State