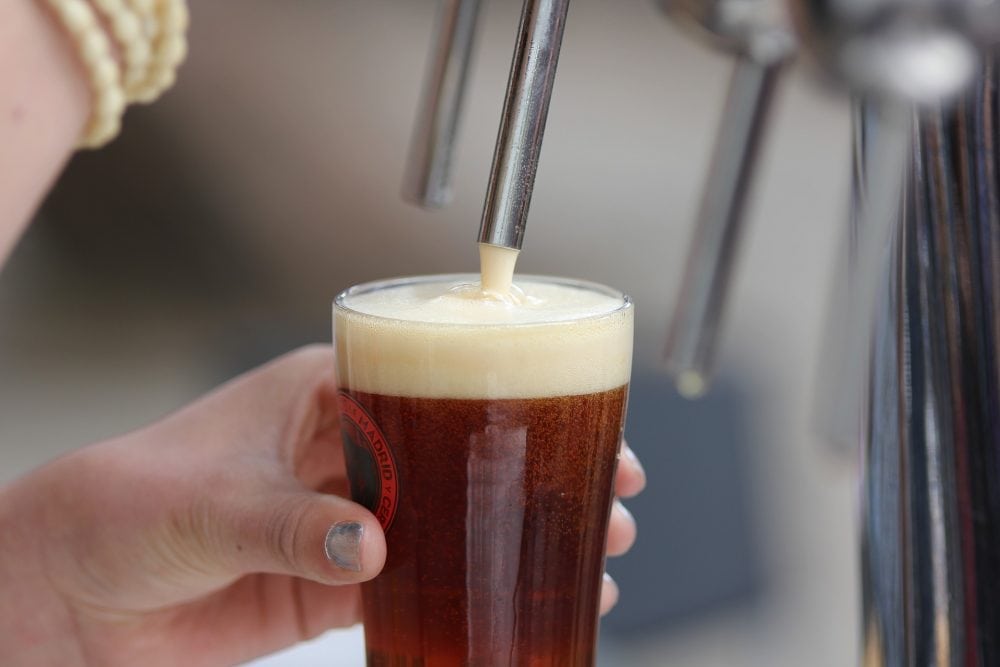 The World’s First Beer Hotel is Open For Business

The DogHouse is now taking reservations.

The world’s first beer hotel is open for business.

It’s called the DogHouse Hotel and it’s located in Columbus, Ohio. It’s the first of it’s kind! The DogHouse has 32 guest rooms and 2 suites.

Each room has it’s own beer taps and built-in “shower beer fridges.” There is also an “interactive beer museum,” and the front desk features a bartender to check you in.

There is also a media room in the common area that features beer pong tables. The DogHouse also has 4 dog friendly rooms that are close to the hotel dog park.

James Watt, BrewDog co-founder says, “the enthusiasm from the craft beer community has helped make the idea of a craft beer hotel into a reality.”

The DogHouse is now taking reservations.

DK has been a fan of the internet for quite some time now and loves working with it. He likes dogs, sports, and bologna. He has 1 degree and 1 intramural Ping Pong championship from Ithaca College. Fun fact: he can whistle inhaling as well as exhaling.

The Myth Of Turning Fat Into Muscle

The Myth Of Turning Fat Into Muscle with Coach Gerry